What are Regulatory & Quasi-Criminal Offences?

Regulatory and quasi-criminal offences are meant to address instances where an individual or organization has failed to comply with the rules of a lawful, regulated activity. There are Federal and Provincial regulatory offences. They can range from common infractions, such as speeding under the Highway Traffic Act to complex matters where an organization is accused of “food fraud” by misrepresenting the nature of a product or its country of origin under the Food and Drugs Act. They are called quasi-criminal because the conduct can sometimes involve morally blameworthy behaviour and the procedure resembles criminal cases. Those found guilty of regulatory and quasi-criminal offences face penalties similar to criminal matters, such as probation, fines, and/or periods of imprisonment for certain offences.

Federal, provincial and municipal agencies investigate and enforce the rules and regulations of each regulated industry. Regulatory agencies attempt to identify and correct incidents of non-compliance with those rules. The rules and regulations of each industry are meant to protect society from harm. Unlike criminal offences, where morally blameworthy conduct is outlawed, regulatory offences deal with instances where there has been a failure to meet the standards or breach of the rules of a lawful activity, product or service. Regulatory offences are often referred to as public welfare offences, as they seek to protect the public from lawful, regulated activities.

There is a significant range of regulatory offences with respect to each regulated industry and the blameworthiness of the individual or organization charged. For the vast majority of regulatory offences, the prosecution need only prove that the prohibited act or omission happened, not that it was done intentionally or for some specific purpose. The onus then shifts to the individual or organization to prove it exercised due diligence.

Regulatory offences and quasi-criminal offences must be taken seriously. Being investigated by a regulatory agency can ruin a company’s reputation and business. Regulatory agencies have nearly all the tools and techniques available to them as police officers. Investigators can execute search warrants at your business, obtain banking and other records via production orders, interview witnesses and obtain statements, all of which could be admissible against you at a trial. A conviction for a regulatory offence is meant to carry a lower stigma than a conviction for a real crime. In reality, convictions for regulatory offences are often viewed as criminal or quasi-criminal acts. Regulatory trials can be just as lengthy and complex. There is often additional publication and public disclosure of regulatory offences by the investigating agency and the industry in which the company operates. More importantly, the procedures and penalties available for regulatory offences are often the same as criminal acts.

What are Some Examples of Regulatory Offences

Absolute liability offences are the least serious of the three categories. It requires that the prosecution prove only that the unlawful act or omission occurred. There is no opportunity for the defendant to prove that he or she exercised due diligence or that some mistake occurred which lead to the offence. Likewise, there is no requirement to prove that the defendant meant for the act or omission to occur. For example, flying truck wheel provisions under the Highway Traffic Act and the failure to have an insurance card for a vehicle under the Compulsory Automobile Insurance Act are absolute liability offences. Other examples of absolute liability offences are dumping industrial waste under the Ontario Environmental Protection Act, selling a drug or medication prior to its receiving approval under the Food and Drugs Act, and failing to ensure that equipment and protective devices are provided by an employer under the Occupational Health and Safety Act. Absolute liability offences can carry significant financial penalties, but periods of imprisonment are not available.

Full mens rea offences most closely resemble quasi-criminal and criminal offences. The prosecution is required to prove both the unlawful act and the requisite level of intent to commit the act. Some examples are making a false statement in an income tax return under the Income Tax Act and knowingly giving false information to an officer under the Ontario Environmental Protection Act.

Because so many regulatory offences are prosecuted in the same way as criminal offences, it is crucial for individuals and corporations to understand that they can face the same penalties. For the vast majority of regulatory offences, the penalties on conviction can include a fine, a period of imprisonment, and/or probation. The fact that significant fines and periods of imprisonment are available for strict liability and quasi-criminal offences shows how seriously Parliament views regulatory offences and, in turn, how much is at stake for an individual or organization charged with one.

Penalties for regulatory offences can include minimum or maximum fines. Some provisions allow for the fines to increase for subsequent breaches or for offenders who have previous convictions. Some regulatory offences provide for different ranges of financial penalties depending on the size of the organization or whether an individual has been convicted.  Some other regulatory acts, such as the Ontario Environmental Protection Act allow a court on sentencing to increase a fine imposed by an amount equal to the monetary benefit acquired as a result of the offence.

In addition to fines and period of imprisonment, individuals and organizations can also be put on probation. A probation order can be used to change the corporate culture of an organization or to ensure ongoing compliance by regular monitoring and reporting conditions for a period of up to three years. Probation Orders for organizations have been used to require businesses to develop standard operating procedures and protocols to ensure compliance with specific regulations. Probation Orders also allow for more scrutiny and audits by the investigating agency, to ensure that the unlawful behavior is not repeated.

If you or your company is being investigated or charged with a regulatory offence, you should seek the immediate assistance of a lawyer. Our firm has significant experience dealing with regulatory agencies and regulatory offences, and we can help guide you through the investigation and court process. Because the process of a regulatory prosecution is often the same as a criminal proceeding, you should seek the advice of an experienced lawyer. You or your company may be required to attend court, review the evidence obtained by investigators, and navigate the pre-trial, preliminary inquiry, and trial process if necessary. Our lawyers are experienced litigators who understand how to defend regulatory offences and protect your business and reputation throughout the court proceedings.

The line between a simple regulatory inspection and a quasi-criminal investigation is not always clear. The lawyers at Damien Frost & Associates LLP can help protect your company’s interests and legal rights. You should not wait for an inspector doing a routine audit to start investigating regulatory or quasi-criminal offences. You can trust our lawyers to assist you and your company. We can provide strategic advice and help respond to investigations, inspections, and audits so that your legal and business interests are protected.

If you believe that you or your company is under investigation or being inspected by a regulatory agency, or to ensure that you are compliant and not at risk of being prosecuted, contact us today to set up a free consultation. 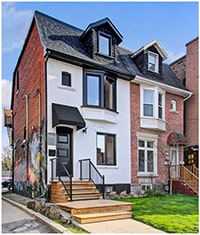 "I have been very pleased working with Rebecca. She worked very efficiently, professionally and cared for every step, as we went through the process with Ontario College of Pharmacists. Initially I thought I would be going through a nightmare when I received my paperwork from Ontario College of Pharmacists, but Rebecca made the process seamless and the outcome was positive. Thank-you Rebecca and I would highly recommend your excellent professional service to others."

"I hired Ms Rebecca Young regarding a legal matter in October 2015. I found her and the firm to be very professional and helpful. The whole process took about one year to resolve. I followed her advice and the outcome was in my favour. I would recommend her for her professionalism, knowledge and pleasant attitude."

Excellent Advocacy. Pleased with the Outcome!

"Daniel, Thank you for your excellent work. I am pleased with the outcome. I didn’t feel ‘prosecuted’ and I believe that is due to your excellent advocacy skills and rapport with the Court."

"We were very pleased with Mr. Frost’s representation. He provided us with the best possible legal representation. He was dedicated to obtaining a tremendous resolution in what was complex litigation while being always mindful that we required a cost-effective solution."

Nothing Short of Remarkable!

"My experience with the Damien Frost & Associates LLP team was nothing short of remarkable. In particular, I would like to acknowledge Andrew Innes & Kelsey Ivory. Andrew was personable, and quick to respond to any questions/communication. Kelsey & her law student researched my matter thoroughly and provided me with expert legal advice. This group of caring professionals did not interact with me in a stereotypical “big city firm” manner. My case was handled with individual, down to earth attention. I will recommend this firm to anyone in need of professional, legal advice."

"I was very happy with how Damien Frost handled my case and with what they accomplished for me. From my very first call with Rebecca, she gained my confidence and trust. She was very knowledgeable and she handled herself with true professionalism. She took the time to explain to me the process as well as her strategies so I always knew what was going on. She was always an email or a phone call away and she resolved my case to my full satisfaction."

"I had an extremely positive experience working with Rebecca Young. She is so pleasant to deal with and not only provided sound counsel right from the first day but continued doing so in a manner that was clear and compassionate. Incredibly supportive and experienced team. I was kept up to date at every step and got an amazing outcome in a very short time. Highly recommend working with Rebecca!"

Instantly Put Me At Ease

Rebecca was very helpful in my particular situation. I spoke to a few lawyers before her and I can't tell you how good she was. She instantly put me at ease by telling me what I was dealing with - others had scared me a lot. She was almost my therapist whereby I would get in touch with her, send my thoughts, and get responses on what the process looked like - she was straightforward, compassionate and understanding of the situation. Great service and no fear-mongering at this company. Thank you for all your help, Rebecca!

Tell Us About Your Legal Issue